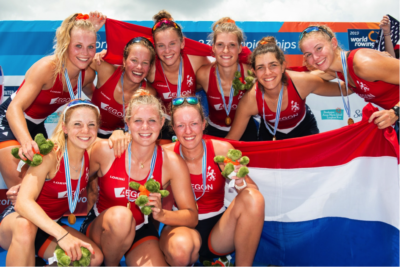 In the preliminary race the Netherland and Great Britain had raced each other at the head of the field. Today they raced for the medals. Great Britain got off the quickest, but there was really nothing in it between them and the Dutch. The United States and Romania followed very closely behind. The Netherlands, coxed by Eline Berger, then settled into a 37 stroke rate pace and moved ahead of Great Britain.

The British now had to keep an eye on the United States who in turn were watching out for Romania. The Dutch continued to move away from their competition with Great Britain now comfortably ahead of the United States. It looked like the race had all but been decided going through the third 500. Still rating 37, the Dutch continued to hold the lead. The US then went to 39 and closed on Great Britain who went to 40 with Romania giving it their all at 42-43. The order did not change. The Netherlands had become the new world champions. They were greeted by a huge flock of swimming supporters as the celebrations began.

Sorry, the comment form is closed at this time. 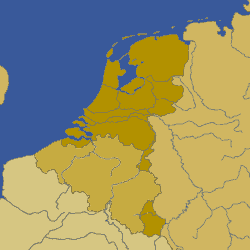